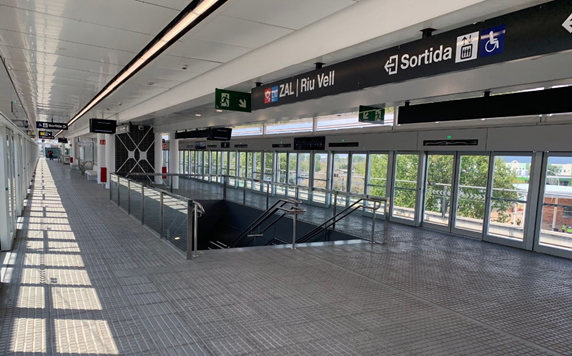 The Government of the Generalitat will put into operation three new L10 stations in the Zona Franca next Sunday, November 7. These are the Port Comercial / La Factoria, Ecoparc and ZAL / Riu Vell stations, in the Marina del Prat Vermell neighborhood and which, together with the existing Free Zone, will serve the industrial Free Zone.

The construction and commissioning of these new stations has involved a combined investment of 120 million euros and it is expected that they will record more than one million trips a year in total. The three new stations and the Zona Franca station rise in a viaduct for practically 3 kilometers along the A street of the Zona Franca, and therefore, the metro runs on the surface, while the rest of the stations of the L9 / L10 system are buried.

The commissioning of these stations is added to the works that the Government plans to complete the L9 / L10, with an investment of about 950 million euros. Currently, the L9 / L10 metro system has 37.5 kilometers of line in service and 32 stations.