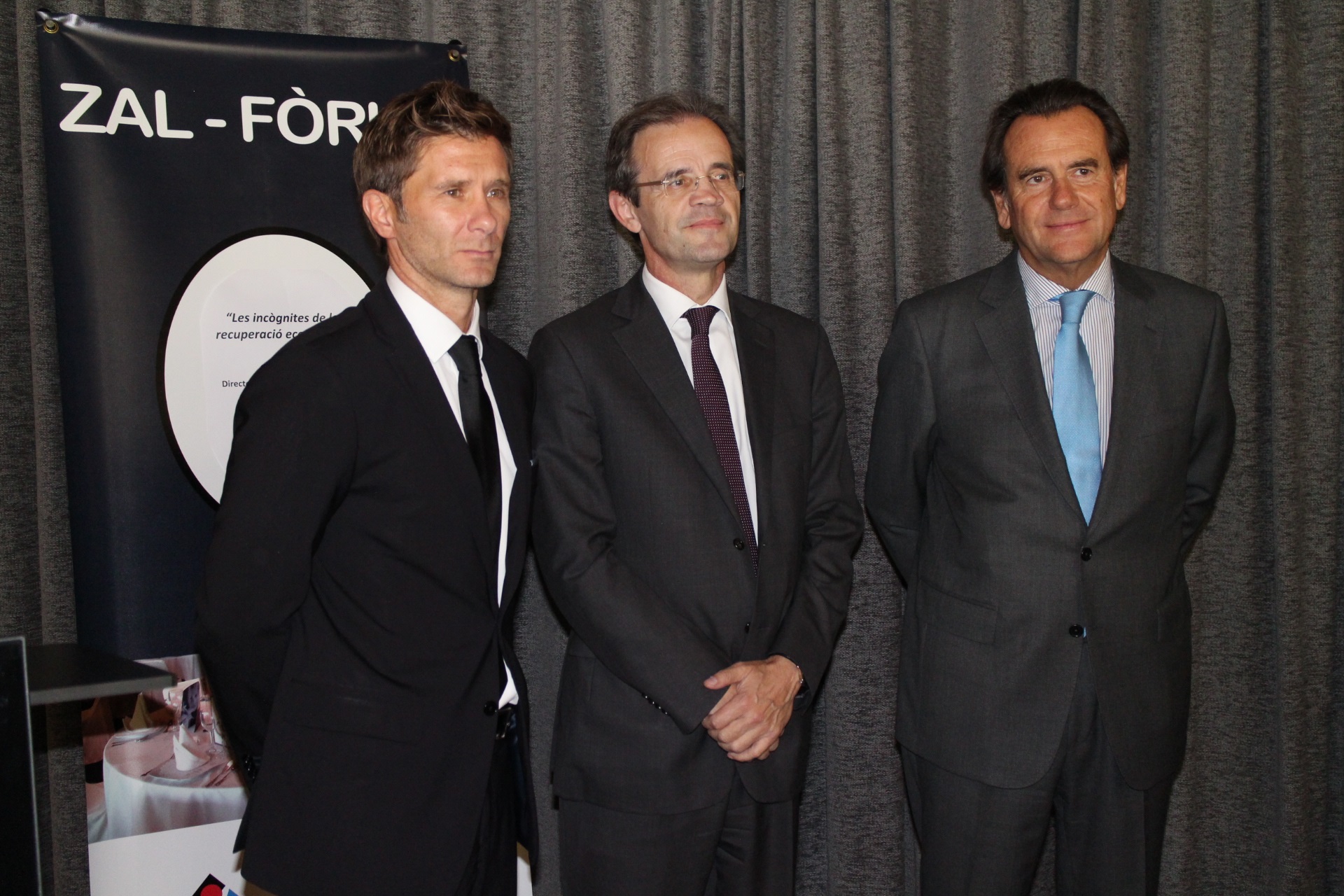 On 3rd November of 2015 was celebrated the VIII ZAL Fòrum in the Auditorium of the ZAL’s Service Center, with the presence of the Caixabank’s Strategic planning and Studies Director, Jordi Gual. At his presentation, “The unknowns of the economic recovery”, there were sixty people who belong to the sector of the port logistics and consulting.

Jordi Gual found that the Spanish economy is a very vigorous recovery, what has surprised international agencies. In addition, forecasts of Caixabank have very good prospects for growth for the coming year. The Executive said that “the advanced economies will grow more in 2016 than in 2015”.

Also warned that the economic recovery will not be achieved only with liquidity of the European Central Bank (ECB). In his view, the abundant liquidity serves to relieve large debt situations and to avoid panics, but not to generate wealth or solve structural problems. Therefore expected that Europe will have “an ailing recovery”. “In the coming months, it is to consolidate the recovery, but will not be exuberant or will reach the levels of United States.”

With respect to the particular case of Spain, Jordi Gual said that “If here things are not done well, do not have why get all the effects of the liquidity of the ECB”. In terms of the dynamics that have favored the changing economic trends in Spain, Jordi Gual cited the fall of the oil price, the depreciation of the euro and the recovery of employment.

The decline in the price of oil has encouraged a country so dependent on energy imports as Spain, but the Board of Caixabank warned that it do not envisage that the barrel stays long at $50.

Neither believed that the injection of liquidity can maintain medium-term, by which Spain must take advantage of the conjunction of circumstances to secure its recovery, gain productivity and keep pace with export.

He highlighted the positive effect of the labor reform in Spain and underlined its role as a generator of employment, although he acknowledged that it may not have adequate quality. In this sense, Gual said it’s easier to make progress with a job, albeit precarious, that without it, in addition to creating jobs is the best instrument of social progress.