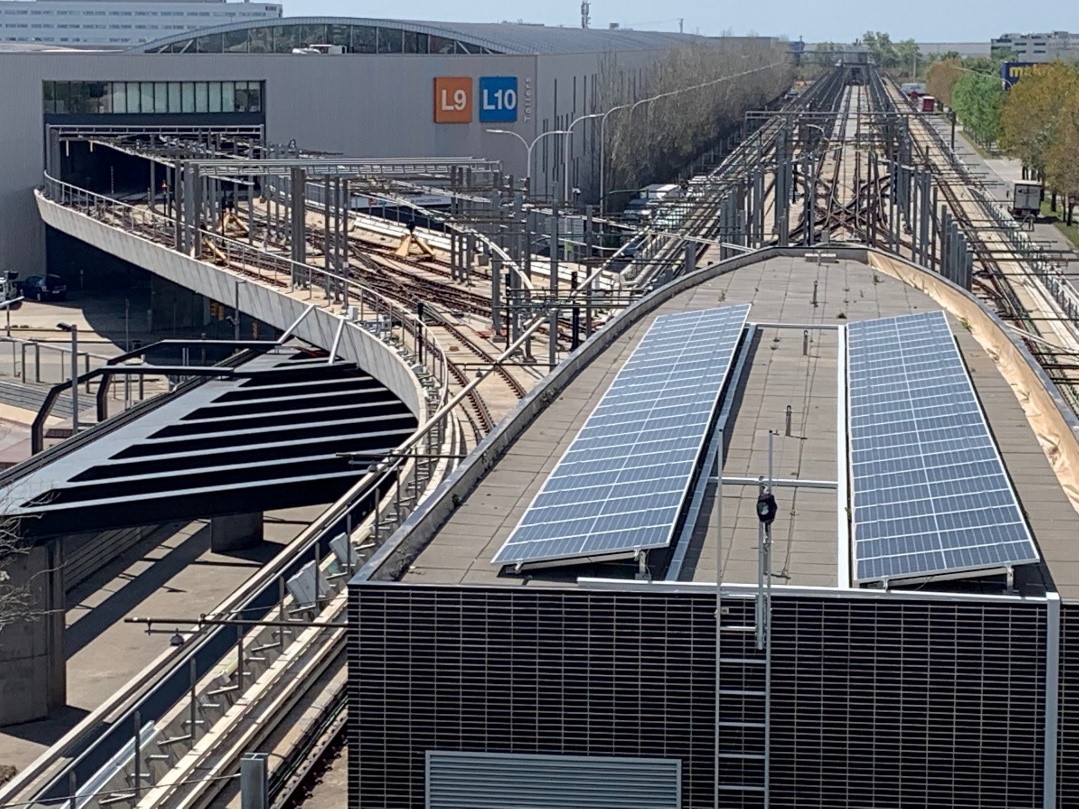 Today the Government of the Generalitat puts into service three new stations of the L10 Sur in the Zona Franca: Port Comercial / La Factoria, Ecoparc and ZAL / Riu Vell, in the Marina del Prat Vermell neighborhood of Barcelona which, together with the The existing Free Trade Zone will provide metro coverage to an important area of ​​economic activity, expanding the public transport offer in this environment. Thus, the Government reaffirms its commitment to an increasingly decarbonized country, since this action is part of the commitment to collective transport and the generation and use of clean energy. These stations and new photovoltaic panels to be installed in this environment will reduce emissions of nearly 1,000 tons of CO 2equivalent, which represent the emissions of about 200,000 cars in a year.

The construction and commissioning of these three new stations, at the end of the L10 South, has involved a combined investment of 120 million euros. Together with the Zona Franca, they rise in a viaduct for practically 3 kilometers along the A street of the Zona Franca and, therefore, the metro runs on the surface, while the rest of the stations of the L9 / L10 system are buried.

The new stations allow an alternative to the private vehicle to be given to an area of ​​the Zona Franca, Port and ZAL polygon where more than 37,000 people work. Together, the new stations are expected to record one million trips per year, a figure that represents a reduction in CO 2 emissions of 289 tons per year.

In each of the four stations of the viaduct, the Department has installed a hundred photovoltaic panels, with the aim of promoting the generation of clean energy and applying decarbonization policies. This measure is part of a more efficient proximity power generation operation through photovoltaic installations, which will be completed with the installation of panels also on the roof of the Free Trade Zone Workshops. In this larger space, they will be installed on an area of ​​9,700 m 2, more than 4,800 panels; the energy obtained will be much higher and can be connected to the internal distribution network of the L9 / L10. The works will be put out to tender before the end of the year and the new panels will come into operation in 2023. This installation will cover an area and will have a greater energy production capacity than the pergola at the Barcelona Forum.

In total, adding these actions, more than 5,000 photovoltaic panels will be installed spread over about 1.2 hectares, which will generate an energy of 3 million kWh / year. This is equivalent to a reduction of 700 tons per year of CO 2 equivalent in the energy production system. The total investment will be close to 4 million euros.

The new stations have three levels: the lobby at street level, an upper level, which corresponds to the viaduct, the platform, and a mezzanine for technical services. Being newly built, the stations are fully adapted for people with reduced mobility and the platforms, like all those on the L9 / L10, are protected with glass doors. The L9 / L10 system is self-driving.

As of today, the L10 South consists of 11 stations in service. The other eight stations on the line are Collblanc, Torrassa, Can Tries – Gornal, Provençana, Ciutat de la Justícia, Foneria, Foc and Zona Franca. The first three are also part of the L9 Sur, which connects the Zona Universitària and Aeroport T1 stations.

With the new stations, the entire L9 / L10 metro system has 37.5 kilometers of line in service and 35 stations.

The commissioning of these stations is added to the works that the Government has underway to complete the L9 / L10, with a planned investment of about 950 million euros.