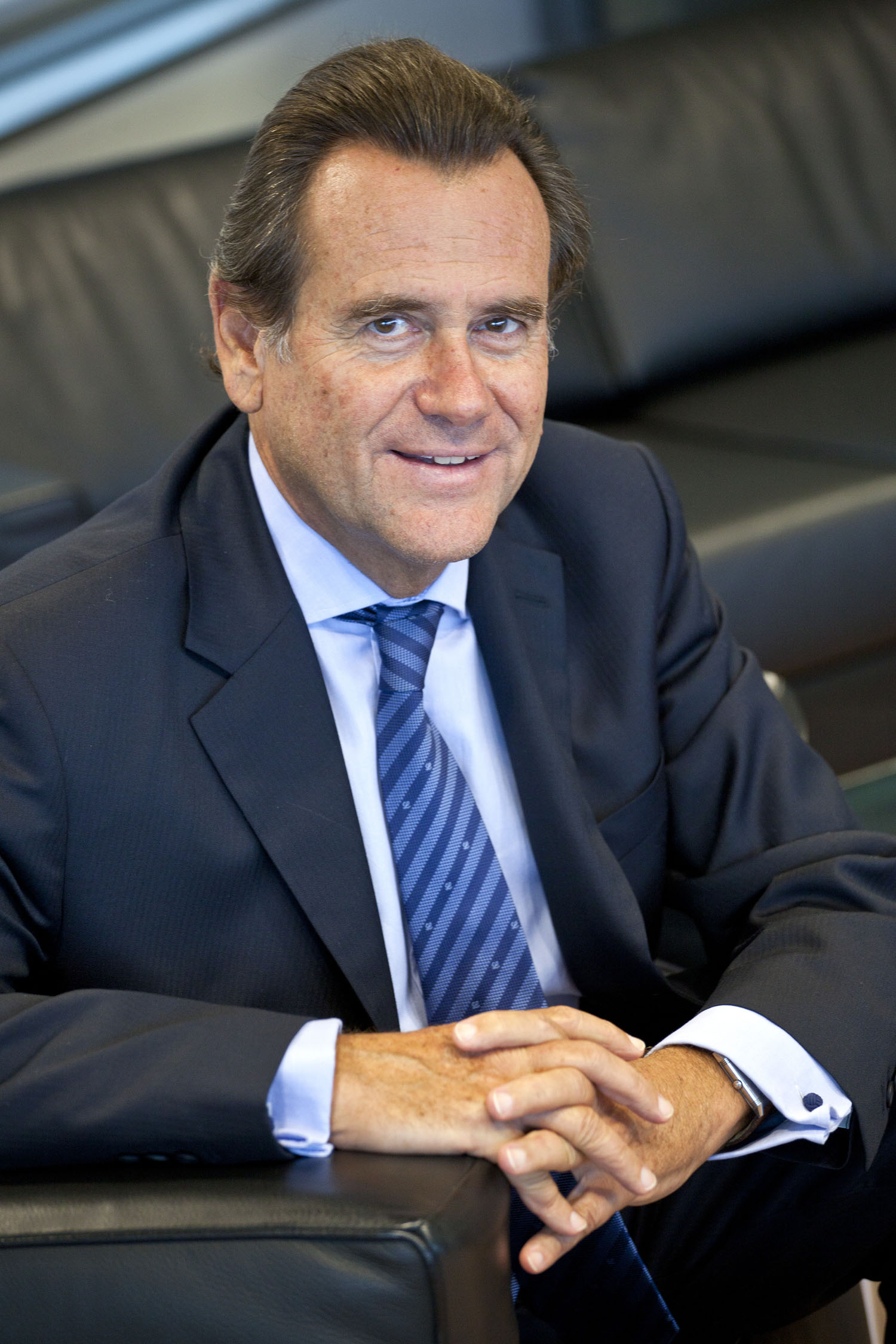 Sixte Cambra, one of the main causes of the great development of the Port of Barcelona in recent years, explains the current situation in which we find this economic engine, what are your short, medium and long term and what role does the ZAL in this way.

The Port of Barcelona has historically acted as one of the main indicators of the economy. How have they evolved their traffic during the first half of 2015?

We are at a time of growth, which began in 2013 either in the economy in general and in our strategic traffic and, what is very important, in exports.

Notably, the growth of export containers, which has reached 307,468 TEUs (10%). In absolute terms, it means that from January to June the Port of Barcelona has exported more than 6 million tons of goods, fruit of the efforts of the productive of our environment to be outward. They have also had a significant growth of import containers, with 239,128 TEU (12%), a result that is linked to the revival of domestic consumption and production.

The car, one of the strategic traffic of the Port, has experienced a very positive development, with nearly 451,000 units shipped (16%). Again foreign trade has boosted results: import cars have grown by 48% (88,000 units) and export by 2% (234,740 units). During the first half of 2015 we have exceeded the pre-crisis records and forecasts indicate that this year will beat the historical vehicles record in Port, surpassing the 801,000 units shipped in 2007.

Short sea shipping with Italy and North Africa have also increased by 18% to June, with 68,619 UTI transported. This result is a contribution to the sustainability Port – economic and environmental – of transport in Catalonia and Europe: in the last 6 months of regular short sea shipping lines from Barcelona have diverted over 68,000 trucks from the roads to the maritime mode.

Among all the traffic, I also want to emphasize the passengers. Over 1.4 million (+ 4%) have passed through the Port in this period, of which 428,026 have travelled aboard ferry liner and over one million passengers have been cruisers (+ 6%). Among the latter, passengers turnaround (which begin and end the itinerary) grew at a higher pace (+ 10%).

What are the actions that are underway in the Port of Barcelona?

We have in place public investments worth 56.8 million euros. The most outstanding works are the expansion of the terminal BEST, the proceedings in the Álvarez de la Campa dock prior to future potash terminal will build ICL nus Sud viability and Prat road overpass in the area of ​​enlargement and the new rail Access.

Also noteworthy is the volume of private investment in development or planned for 2015, totalling 278 million euros. The most relevant are the Best Phase 2 of the new terminal of ICL, the Marina Vela, Cruise Terminal E and the relocation of Port Nou multipurpose terminal.

The construction of Terminal E in the future wharf townhouse where Carnival, the first cruise operator in the world to invest around 30 million euros, is especially relevant since corroborated the bet that this industry has historically performed by Barcelona. The project will add 11,500 square meters of floor area, which will make it the end of Europe’s largest cruise ships.

In addition to the infrastructure, in what areas is growing Port?

The Port of Barcelona has completed major infrastructure expansion, that will double its size to 1,300 hectares of land. We can say today that they have an enclave equipped and sized to future needs.
Our goal now is to attract more cargo volume, since we have greater capacity and better infrastructure for all our business lines. To achieve this, we work different fronts.

In the foreland, we want to attract new lines to provide greater volume of business and at the same time allow us to increase the supply to our customers.

In the hinterland, we continue to strengthen our presence and connectivity. The network of inland terminals (Madrid, Zaragoza, Toulouse, Perpignan, etc.) and regular rail services to the Iberian Peninsula and Europe are an effective tool to expand domestic markets and increase our market share. In this sense we have set the goal of achieving a railway share of 20% in the medium term. The rail motorway project, with a ferroutage terminal in the bed of the ancient river Llobregat and regular services to north of France and Europe that occurred in July, with a provision that is put into operation in 2019, will be another tool Port to increase its rail offer.

In this sense, the Port of Barcelona has made a firm commitment to short sea shipping as a sustainable transport and competitive to connect with potential markets of the Mediterranean Basin. These services involve substantial improvement to logistics companies; it is economically more profitable than the road and represents a substantial environmental improvement over the terrestrial mode. Barcelona is the only port of State with stable lines of short sea shipping, consolidated and quality, both in Italy (Genova, Civitavecchia, Livorno, Savona and Porto Torres) as North Africa (Tangier and Tunisia).

The Port also makes a constant task of promotion. The active presence at fairs and professional conferences around the world and participation in events organized in Barcelona, ​​such as Supply Chain Logistics, or SIL, are effective tools to internationally known quality of the services they offer. Trade missions are aligned in this paper developed by the Port as a facilitator of foreign trade companies in our country. In this sense, and in order to give continuity to the commitment made in recent years by the Latin American market, the Port organizes a multisectoral trade mission to Chile, to be held from 14 to 19 November in the capital of Santiago and in Valparaiso one of the largest ports in the country.

What position currently occupied by the Port of Barcelona in Europe and in the world?

The Port has made in recent years a major effort to be among the major European ports in efficiency, quality and services. This effort has paid off, as evidenced, for example, recently awarded the prize for The Journal of Commerce (JOC), which recognizes Barcelona as Europe’s third most improved port productivity in 2013.

Productivity, the ability of a terminal and a port to load and unload container ships -motion TEUs per hour-, has become a factor increasingly valued by shipping to the port when choosing where operate.
This increase in productivity has been achieved thanks to the common work of all those involved: shipping companies, terminals, longshoremen, Port Authority, etc. Particularly significant are the investments made by the container terminals: TCB and BEST in plant, machinery and cargo handling equipment as well as its commitment to improve its operating.

Customer orientation and efficiency management are tools that we have chosen to differentiate ourselves in an increasingly competitive and complex environment. In this sense, the current Quality Plan of The Port of Barcelona Efficiency Network, which includes a program of commitments approved through the collaboration of different actors in the port community, is highly valued by our customers.

The Port of Barcelona has launched the third Pla Estratègic. What challenges have you set for the coming years?

The Pla Estratègic III is the result of a long process of reflection involving all stakeholders in the port business of Barcelona. Changes in recent years in international maritime trade, with strong competition between shipowners, ports and logistics services are giving new prominence to the Mediterranean, especially for traffic between Asia and Europe. Considering this scenario the new Pla Estratègic of the Port of Barcelona for the period 2015-2020 therefore seeks to “become the main distribution center in the Mediterranean euroregional in competition with the ports of northern Europe.”

2020 on the horizon this strategic objective should have materialized with specific goals, such as getting 70 million tons of cargo or 3 million containers. To make this possible will require also that 50% of the containerized cargo handled has origin or destination outside Catalonia (against 25% at present) and, therefore, that the area of ​​influence of the Port expand your geographic radius beyond and reaches the 600 km to 1,200 km. In short, one of the basic approaches of the plan is that the burden has to capture and distribute beyond the current limits. To achieve this need to compete with the ports of northern Europe, where even channelled about 70% of maritime trade with Asia.

To consolidate our position as the leading logistics hub in the Mediterranean we must bear in mind that today competition is between supply chains rather than between companies. Consequently, we must be able to provide our customers supply chains, door to door, differentiated and tailored to their needs. For a deployment of this type need collaboration between all actors involved in the chain: terminals, shipping companies, transport operators and port services, freight forwarders and government.

What role does the ZAL Port of Barcelona in this goal?

The ZAL is one of the bases of the Port of Barcelona offer. It was the first intermodal logistics platform established within a port in the Spanish State, a successful model that has been copied by ports around the world that has made the ZAL term has become generic.

Logistics Port of Barcelona’s vocation is deeply rooted. We take an active role in logistics in order to consolidate as logistics hub of the first magnitude and with the conviction that this activity contributes to generating wealth and workplaces and to diversify the economy.

On the other hand the competitiveness of the industrial which serves a port depends largely on its logistics industry. This is directly related to our mission, which is to contribute to the internationalization of our customers and create value for society.

In addition, in order to grow, the Port has to reach to have a more efficient, attractive and competitive than the existing and the logistics des competitors offer. Returning to III Pla Estratègic, his second key feature is that of competitiveness, raising consolidated as the main logistics port in the Mediterranean requires note that currently the competition occurs between supply chains rather than between companies and therefore it has to offer chains tailored to customer needs. This will necessitate the establishment of partnerships between the various actors in the supply chain, and a full range of infrastructure and logistics and quality.

The ZAL plays a clear role in this objective, both in terms of attracting manufacturers and logistics operators, which are competitive location that meets their logistics and distribution to Europe and the Mediterranean needs.

CILSA, the management company of the ZAL and the Port, which now holds 63% stake, has led the development, promotion and marketing of the logistics area of ​​the Port of Barcelona. Today, both the 63 hectares of the ZAL Barcelona and the 143 hectares of the ZAL Prat are very close to 100% occupancy, with over 130 installed companies, among which are the first freight forwarders and logistics operators Spanish and international as well, as big multinationals with global distribution needs.